[featured_image]I was trying to mobilize the church to reach Muslims. What is the best way for these partnerships to make a breakthrough in the people groups with which they were working? 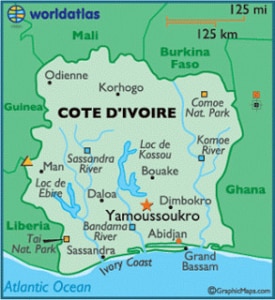 ime dreaming about how West Africa could be reached. I attended training with David Watson. I went back saying – there are new things but I have problems with some of the principles (e.g., to let a non-believer lead a discussion around the Bible). I also had a problem with – start discipleship process with non-converts. For me, I became a Christian and then went through some courses before getting baptized. Then pastor asked who wanted to be a disciple and I raised my hand. For six weeks we went through the training and I was given a certificate. Now they were saying that you start discipleship training the first time that you meet a non-convert.

I thought, “O.K., this is just another strategy.” There were not much results with the network that I was involved with. I decided not to bring the new methods to that network. So what I did was get all the material on CD and just decided to print all the materials, powepoints, all of it – a big stack of paper. I spent time reading with my Bible open. Then when I finished, my sense was that everything was biblical. I could not find anything that I could say was not true or proven.

So – all the principles were biblical. But it was too different from how I was doing church planting. So I said, let’s try it. I will not bring it to the networks and groups I am involved with but I would have some people I know in the region come for a training and we would try to implement it. We did another training in 2005 and again in 2006. After this training I waited six months and then I sent an email to ask all the participants who was implementing what they learned and what has happened. One third of participants were doing it – but using only the Person of Peace concept. They were excited because in a few months they had seen a lot of churches planted.

They were not using all the principles (just Person of Peace) and they were seeing all these churches planted. I decided to try it myself. I recruited some volunteers (10) from our church and I spent one week going through the training I had learned. We started by doing a prayer walk in the suburb. When it came to finding the Person of Peace, we thought we had not chosen the right suburb. To find the Person of Peace you have to meet people. They all lived behind closed doors so we didn’t know what to do here. The group asked – how do we find a Person of Peace when we don’t see people.

The idea that came to me was to do a survey. I wrote three questions and we would go door to door with these questions to the father or mother in the house. We introduced ourselves and shared our decision to pray for the community. We found that if we prayed God would work.
1) Can you tell us for you what are the three biggest problems in the community?
2) For you as a family, what do you want God to do for you?
3) We would like to have some meetings here to see what God says about the problems in our community, would you be willing to participate?

If they said yes, then you asked them another question – we need a place to meet, could you host the group in your home?

We did this for two Saturdays. There was a big soccer game and most people were at the stadium but we got five families that were willing to discuss. After two Saturday we had another 13 families – 18 total. Then when we met, we wanted to see if any of the families were Christian. We found that three or four families were already Christian so we told them that they could not come because we wanted to have this time with non-Christians.

All the remaining people decided that Sunday was good for them. I selected 17 lessons and we started meeting each Sunday. After the fifth lesson, there were five families that decided to come to Jesus. The whole process was less than three months from recruiting, training, prayer walking, surveying, starting Bible studies, and then seeing five families want to become Christians.

Today – the principles of CPMs are the “Golden Key” to reach UPGs. People that are implementing this, even imperfectly, are seeing breakthroughs. After six months, another church planter has started seven churches. Another leader working for years within UPGs has seen 37 churches planted. Now there are more than 1600 churches in 48 months.

Even if they don’t adopt the full process – they still see churches planted. But our question is = how many churches have the churches that they have started now started? It’s about multiple generations – four generations in the conversation.

How could you apply CPM principles to reach those around you with the gospel?

Why are You Here Instead of Heaven?
Scroll to top