Recruiting + Training to Train Others

You are here: Home1 / Blog2 / Coaching3 / Recruiting + Training to Train Others

[featured_image]As I coached with a church planter today, I got excited about his progress! Over the past several months they’ve completed an Alpha course with several non-believers and they are preparing to launch another one next month. They’ve held several preview services and they are planning their move to weekly worship soon. They’ve had a baptism, several prayer walks in the community, and a recent prayer retreat. They’ve also established clear goals and expectations for this fall season!

During our coaching conversation we focused on being prepared to start weekly worship services. As we brainstormed on areas that members of their church family could serve, I imagined how busy he’d be recruiting and training people for numerous opportunities.

Recruiting and training volunteers can often overwhelm a church planter!

I challenged him over the coming weeks to ask himself 2 Questions several times each day:

Do I need to be doing this? 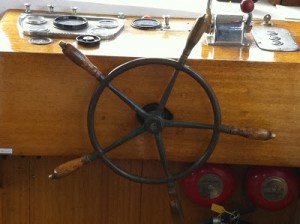 Who can help me?

There are a few things that only you as a church planter can do. But only a few!

Many of the tasks that church planters often find themselves doing can be done better by someone else on the team. But instead of taking the time to recruit and delegate tasks to capable people, church planters find it’s more expedient to simply do these things themselves. However, the more they do themselves, the more overwhelmed they become.

Delegation is critical. But recruiting and delegating responsibilities without appropriate training can be disastrous. Don’t assume that the person to whom you delegate knows how to do what you’ve asked them to do! Orient and train them how to do it! Show them how and then watch them do it!

Instead, train everyone to be training others! This is the key to reproduction – and especially the key to disciplemaking!

Train others to train other volunteers!

Why I Love Training!
Scroll to top