Being Missional: It’s a Rescue Mission!

You are here: Home1 / Blog2 / Missional Church3 / Being Missional: It’s a Rescue Mission!

[featured_image]In The Externally Focused Church, you can read about Colorado Community Church in Aurora, CO. “They are defined by going after those who are still in the water.” They’ve taken on the mission of Lifeboat 14. 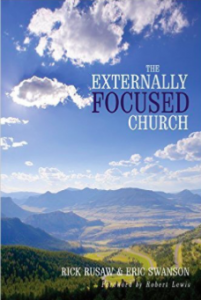 In Lifeboat 14, Fifth Officer Harold Lowe thought differently and acted differently. He transferred many of his passengers to other lifeboats and returned to the sinking ship to pick up more survivors. Though he could not save them all, he could save a precious few from death in the icy sea. Survivors rescued survivors. (p 71)

As I read that story, I thought about how I am so glad that Jesus has rescued me! And having been rescued, I am now in a position to help rescue others by leading them to Jesus. Yet sometimes, I act like those in the lifeboats who resisted the cries for help.

Isn’t it easier (sometimes) to row away from people who need Jesus? We get so busy with our own lives and enjoying the fact that we’ve been rescued. We think that certainly somebody else will help in the rescue effort.

I want to catch the vision of “Lifeboat 14.” I want to be involved in rescuing people. I want to go after those still in the water. Don’t you?

The faith of the people of CCC is lived out in the community. They get involved in the dreams and hurts of their community. They don’t condemn. They love and serve. They don’t retreat; they go after those still in the water. The Titanic remains at the bottom of the Atlantic, but Lifeboat 14 is still involved in pulling people out of the water in Aurora, Colorado. (p 72)