[featured_image]What would it look like if the gospel was planted in your city and the church that emerged was “native” to the culture? 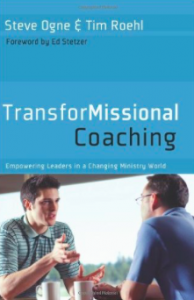 What would a church that arises from the soil of your native context/community look like? What forms would it take? What behaviors would it demonstrate?

What if an indigenous expression of Christ’s church originated in your neighborhood? What does a “native church” look like? act like? Too often church planting is actually about transplanting a form of church from another soil (environment) into the native soil of another community. When you (trans)plant churches, you often take with you a form of church that imports the features, behaviors, and norms of another cultural context

What if the next generation of churches in America were actually native to their context/environment rather than transplanted from outside areas?

What would a Native Church look like in your particular environment/city/neighborhood? And would it look like for churches to be started by “natives,” rather than outsiders? What would it take for church planters to stop transplanting churches and to start making disciplemakers who then started native churches?

How could you plant a “homegrown” church in the native soil rather than transplanting a “foreign” form of church?

How Do Non-Christians View Your Community Service?